We worked with The Lab to create and execute a digital campaign for Vera Bradley in a pretty small period of time. The "Pattern Playoff" contest featured a five-round competition between 64 of Vera Bradley's patterns, with prizes awarded to participants at the end of each round as they voted for their favorites.

Burke Software was responsible for setting up a dev environment and building the app in Django. We took the PSDs that were sent to us by The Lab and created a responsive design that had to live inside of a Facebook app on the desktop and outside of it on mobile devices. Django Report Builder got a lot of usage in this project as well.

The page does not exist in production any more. The latter three screenshots below were taken from a development environment, so while it's a good enough representation of what we did, some of the content may be different than the final site. 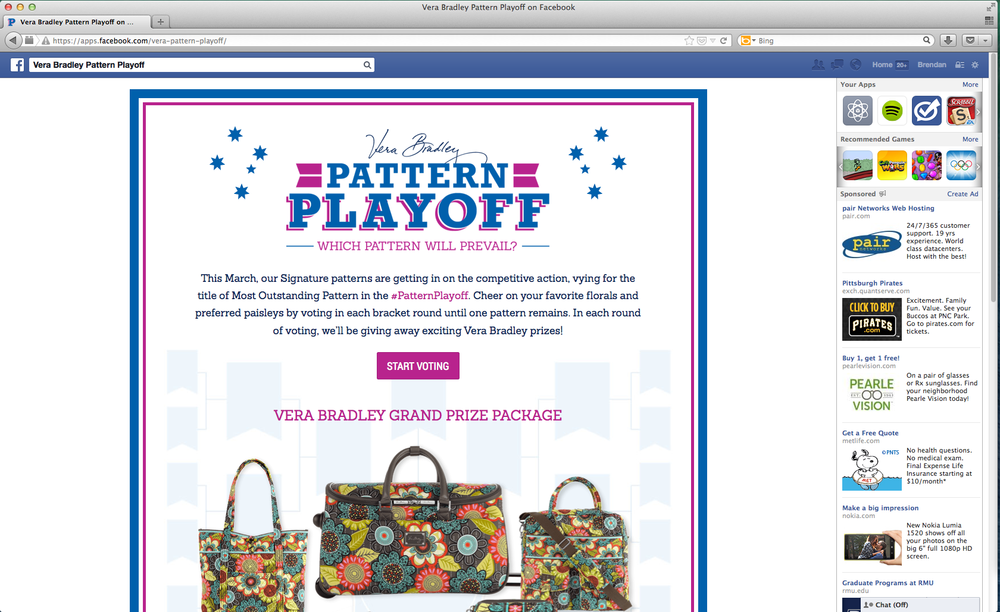 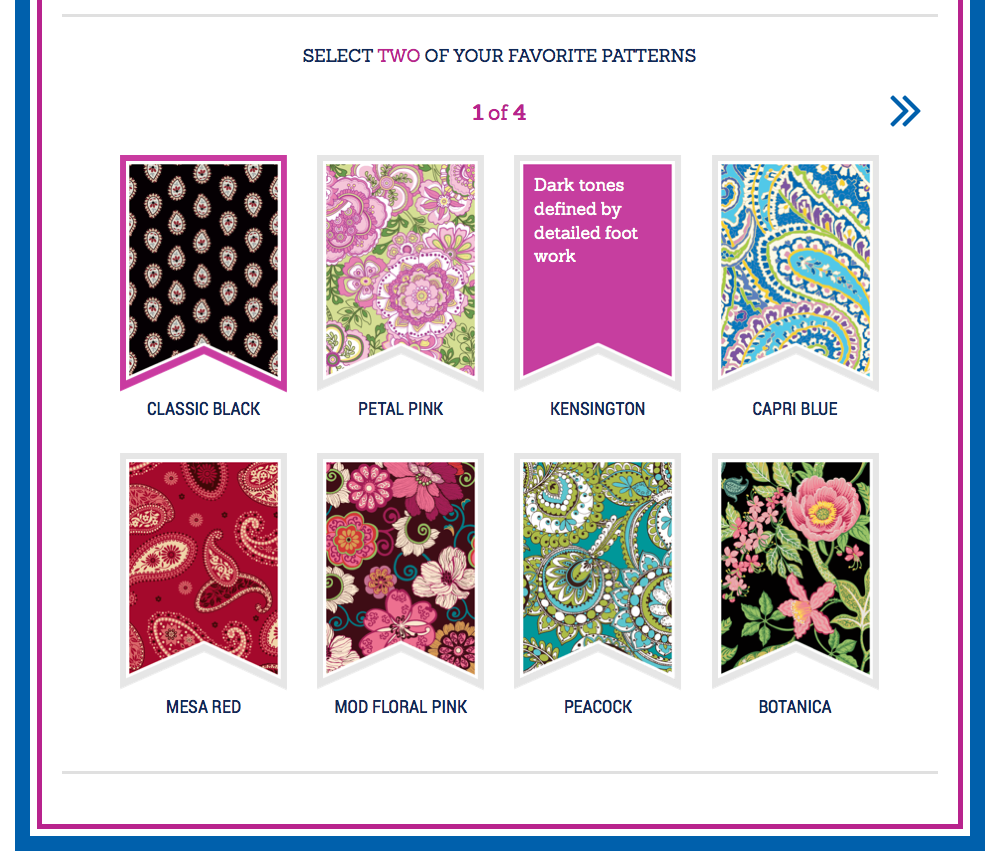 A two-choice page in a subsequent round 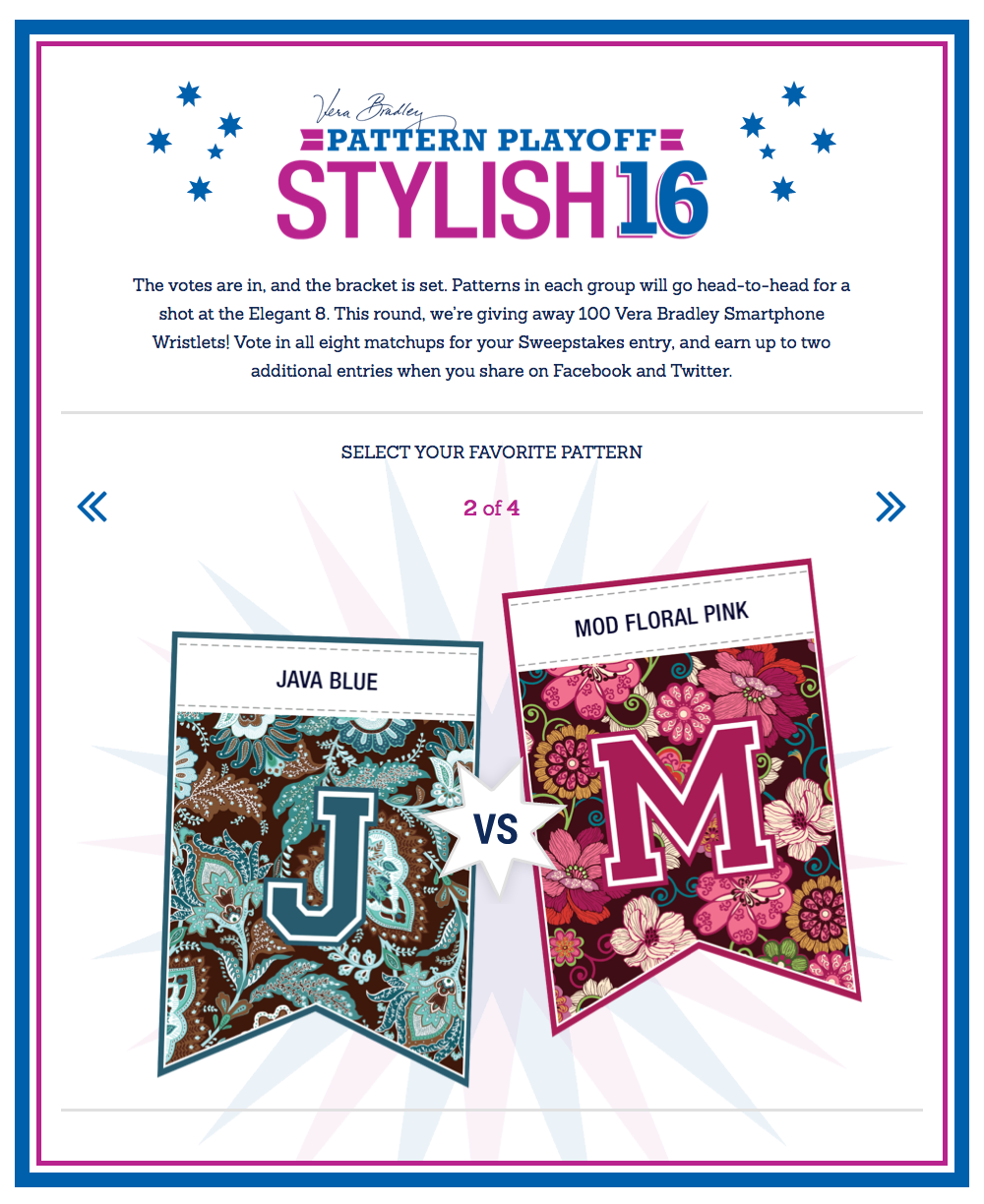 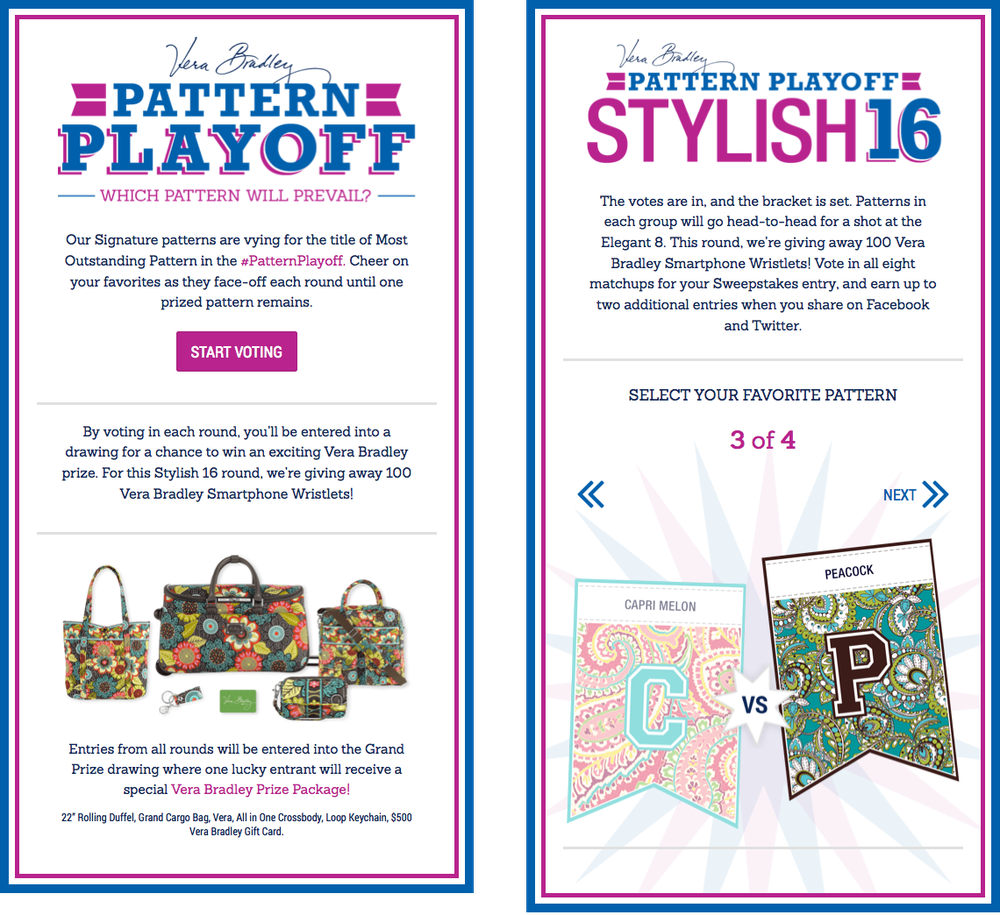